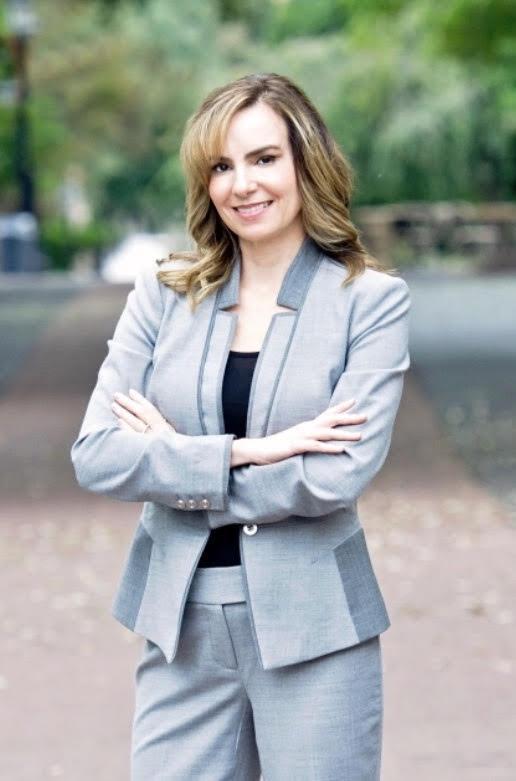 Welcome Mrs. Sara Cooper, legacy alumna, as the Director of Admissions effective September 27, 2018.
Mrs. Cooper joins Pope John Paul II High School after a long successful tenured career in Talent Acquisition which she had a high success rate of recruiting qualified talent. Mrs. Cooper expressed, "I am blessed and honored to be part of a dedicated and dynamic PJP team. I very much look forward to sharing my Catholic upbringing and recruitment background to attract future Golden Panthers and their families to be part of an amazing faith inspired, student-centered community."
President Bozzone believes, "her genuine warm natured spirit, compassion for others and energetic personality will be evident to all those who encounter her within the community." He continued to add, "she is a team player that is excited to collaborate with others to advance PJP’s mission while continuing our success in exceeding our enrollment goals."
Mrs. Cooper was surrounded by the Sisters of the Immaculate Heart of Mary during her childhood which instilled her deep affinity for the Blessed Mother Mary. As a child she was known to have a “prayer corner” in her room and had the great honor of being in Mother Teresa of Calcutta's presence at Saint Patrick's Church in Norristown when Mother Teresa dedicated a new convent for her Missionaries of Charity Order in 1984.
Mrs. Cooper was born and raised in Norristown, Pennsylvania. She was a Parishioner of Saint Patrick's Church and attended Saint Patrick's elementary school. Her first job was working at St. Patrick’s rectory after school as well as weekends while attending school. She served as a lector at her home parish (Saint Patrick’s) from 7th grade through college. Sara is a legacy alumna of PJP as she was the last graduating class from Bishop Kenrick High School Class of 1993 before it merged became Kennedy-Kenrick Catholic High School.
Mrs. Cooper attended Kutztown University receiving her Bachelor of Science degree in
Telecommunications with a Minor in Speech Communication and an emphasis in Public
Relations/Journalism. Sara, Michael and their children are parishioners of Saint Eleanor Parish in Collegeville, Pennsylvania. She has five active children, four of which attend Holy Cross Regional Catholic School while her oldest is a senior at Pope John Paul II High School (Colin, 17, Grace, 14, Gabriella, 12, Sean, 10, Ryan, 8). Sara has been a weekly, hourly adorer at Saint Eleanor's since 2008. Sara enjoys spending time with her family, attending her children's sporting events, and in her free time painting and refinishing furniture.
Mrs. Cooper joins Mrs. Dianne Manza (Assistant Director) in the Admissions department at PJP. Mrs. Cooper can be reach on email is scooper@pjphs.org or office phone 484-975-3033.
Print