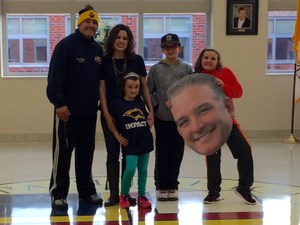 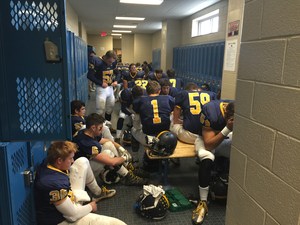 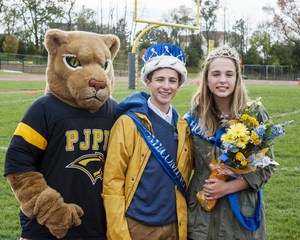 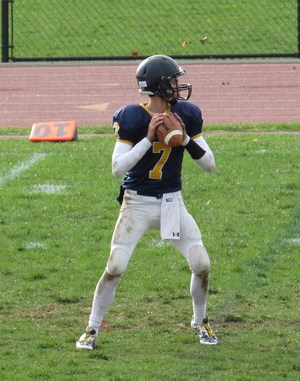 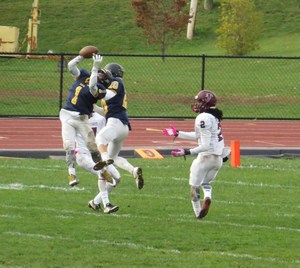 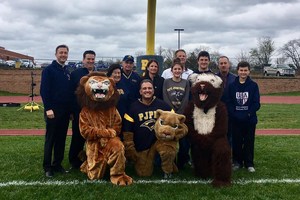 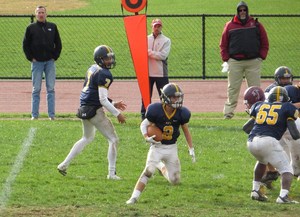 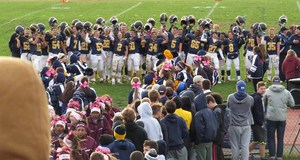 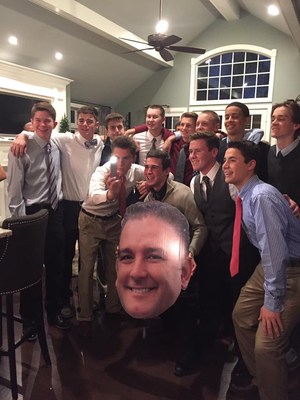 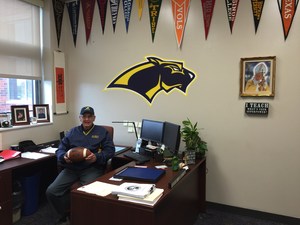 This Saturday, October 22, PJPII celebrate our past, present, and future! The day started with a morning tailgate with President Bozzone and administration over coffee and continental tailgate breakfast in the student center.  Legacy alumni from St. Pius X, Archbishop Kennedy, Bishop Kenrick and Kennedy-Kenrick were invited back to honor two legendary coaches who have shaped the lives of countless student athletes over the years. St. Pius X Coach Jim Mich and Kennedy Kenrick Late Coach Chris Bockrath were acknowledged by having the end zones of the PJP football field named in their honor. For more than five decades at St. Pius X High School, Coach Mich served as a stellar example of what a coach-educator should be. Coach Brockrath spent more than three decades providing leadership and example at Archbishop Kennedy High School and Kennedy-Kenrick Catholic High School.

Coach Mich and The Brockrath family provided memorable speeches that impacted our alumni, parents, and students! The Brockrath Family and Mich Family were given copies of new coin that will be used for all coin tosses henceforth. Coach Mich provided the Football Team a pregame pep talk while returning to the sidelines to cheer on his Panthers.  Interesting enough you can see Coach Mich providing PJP coaches with some advice and pointers which assisted in the big upset!

The Winged Lion mascot from St. Pius X High School, the Wolverine mascot from Kennedy-Kenrick Catholic High School, and Mr. Bozzone (dressed as the PJP Panther) posed with the Mich and Bockrath families, Mr. Meredith, and Father Kean earlier this afternoon prior to Homecoming kickoff! PJP honored two legendary coaches who have shaped the lives of countless student athletes over the years.

Following an action packed week of spirit and a big win, PJP students ended their celebration with a Homecoming Dance that night!  It appears fatheads of President Bozzone popped up at homecoming as well as the Dance.