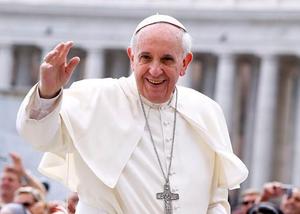 Pope Francis celebrates his Fiftieth Anniversary of Ordination to the Priesthood of Jesus Christ this Friday, December 13, 2019.

Please join us in praying the following intention for Pope Francis on his Fiftieth Anniversary!

"For our Holy Father Pope Francis as we celebrate the fiftieth anniversary of his ordination to the priesthood, that Jesus the High Priest will continue to renew, increase, and strengthen in him the graces received at ordination as he carries out his sacred ministry in the Holy Church."