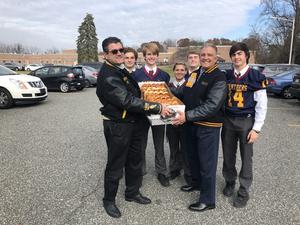 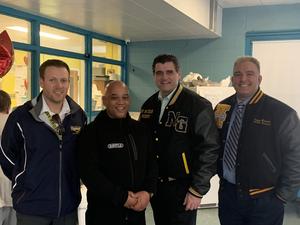 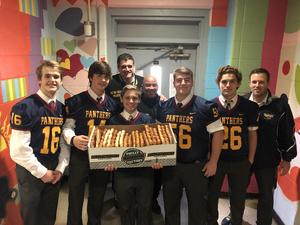 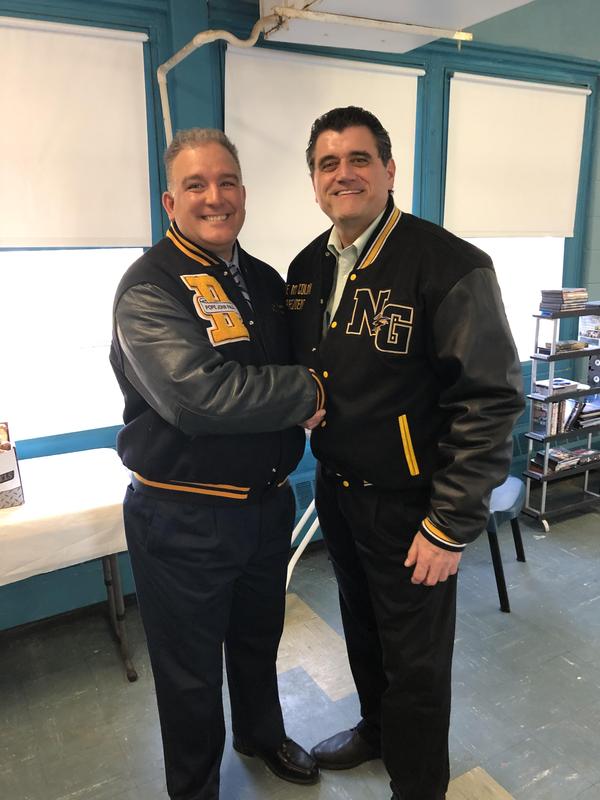 "The school that wins the District Championship will have the other President go to the winning school, dress up in the winning teams swag, and shake the hand and congratulate each student while passing out a free Philadelphia Soft Pretzel."

“In the spirit of friendly Archdiocesan competition, it is with pride that we (PJP) stand united to salute the blue and gold.

Since that game (PJP won, 29-28), the two high school presidents have talked with their teams and students, and recognize that there are others in our community who would benefit more from receiving soft pretzels: the homeless. With that in mind, both PJP President Jason Bozzone and Saints Neumann Goretti President Joseph McColgan, along with members of their teams and student body, distributed soft pretzels at the Coordinated Homeless Outreach Center (CHOC) earlier today.