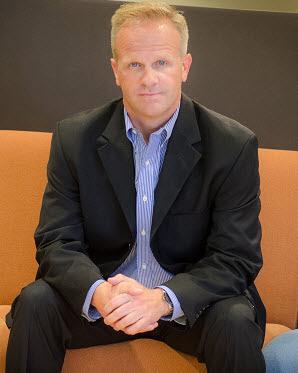 PJP welcomes Coach Bill Bono, Bishop Kenrick alum and member of the Visitation Parish!
With nearly a decade of coaching experience, Coach Bono has coached and trained varsity soccer level programs, soccer clubs, CYO teams and recreational soccer programs.
Working with a variety level of teams, his focus has been on both team and individual player development. "Obviously as a coach you want your team to develop, but that only happens when you spend time with your players and help them to get over that hump. You have to communicate with them and most importantly, you have to listen."
Coach Bono's own playing experience includes playing for Bishop Kenrick in the Philadelphia Catholic League's Northern Division. Playing in a handful of games his freshman year, he would end up a starter his sophomore year and was captain his final two years. He was a two time All-Catholic selection while at Bishop Kenrick and was a member of the TeamsUSA U18 team that traveled to Europe in the summer of 1990 where he trained in Holland and participated in cups in Sweden, Denmark and Scotland. He was also named Bishop Kenrick's Athlete of the Year in 1991. Coach then went on to Mount Saint Mary's University (Div I) and started the majority of the season while scoring 7 goals. He then transitioned to Cabrini University (Div III) where he was a starter for three seasons winning three Pennsylvania Athletic Conference (PAC) titles. He was also selected as a First Team All-PAC player in '94 & '95. "As a coach, the respect factor is a huge component...not just for me, but for every player on the team.
Coach Bono holds a B.S. in both Business Administration and a B.S. in Marketing from Cabrini University. He currently resides in Audubon, PA with his lovely wife Lisa and their three children: Ashlyn (14), Kaden (12) and Leighton (8).
Coach Bono is a member of Visitation Parish and a graduate of PJP's legacy school Bishop Kenrick High School.
"I am thrilled to be selected as the next coach for the PJP Girls Varsity Soccer program. To have this opportunity to come back to my alma mater and give back, well it's an amazing feeling. I also want to thank Father Kean, President Jason Bozzone and Assistant Athletic Director Tracy Rarich for this opportunity...I'm excited to get started!"
Print